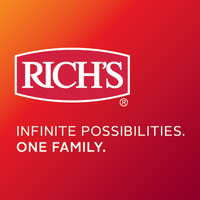 What are the highest paying jobs at Rich Products Corp?

Rich Products Corporation is a privately held, multinational food products corporation headquartered in Buffalo, New York. The company was founded in 1945 by Robert E. Rich, Sr., after his development of a non-dairy whipped topping based on soybean oil. Since then, the company has expanded its non-dairy frozen food offerings, and also supplies products to retailers, in-store bakeries, and foodservice providers.

In addition to Farm Rich, the company mostly sells products under other brands it has acquired, such as SeaPak; French Meadow, Casa Di Bertacchi; Byron's Barbecue; Carvel, f'real and Jon Donaire. CoffeeRich is one of the company's few exceptions; nearly all of its products are "sold not under the Rich brand name."

Rich Products Corp Job Search in US and Canada

America falls way short, adds fewer jobs than expected in April
Kyle Schnitzer
Everything you need to know about becoming a dermatologist
Ashley Jones
These US cities will pay up to $20,000 for you to relocate—but there’s always a catch
Benjamin Lorber
Ladders / Company / Rich Products Corp