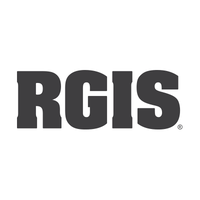 What are the highest paying jobs at RGIS?

Blackstone's private equity business has been one of the largest investors in leveraged buyouts in the last decade, while its real estate business has actively acquired commercial real estate.

Blackstone was founded in 1985 as a mergers and acquisitions firm by Peter G. Peterson and Stephen A. Schwarzman, who had previously worked together at Lehman Brothers. In 2007, Blackstone became a public company with a $4 billion IPO, becoming one of the first major private equity firms to list shares in its management company on the public stock market. Blackstone is headquartered at 345 Park Avenue in Manhattan, with eight additional offices in the United States, as well as offices in Dublin, Düsseldorf, London, Luxembourg, Paris, Sydney, Tokyo, Hong Kong, Singapore, Beijing, Shanghai, Mumbai, and Dubai.

As of 2019, the company's total assets under management were approximately US$545 billion.:14 In 2019, Blackstone converted from being a publicly traded partnership into being a corporation.