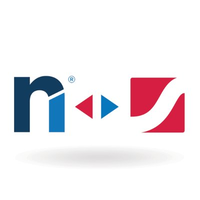 What are the highest paying jobs at Research Now?

Dynata, is a global online market research firm based in Plano, Texas and Shelton, Connecticut.

Initially founded in 1999 in Dallas Texas by Hal Brierley and Mort Meyerson, the company was called E-Rewards, Inc. E-Rewards had grown fast to over 100,000 clients in a just few months, and it was named in 2007 by Inc. magazine as one of America's fastest growing companies.

In December 2009, E-Rewards, Inc. acquired Research Now Plc, which was co-founded by Chris Havemann and Andrew Cooper, and headquartered in London, England. At the time, Research Now was publicly listed on the London Stock Exchange’s AIM market. Through the integration process, the company re-branded globally under one name as Research Now. The company went on to acquire some other smaller businesses including Peanut Labs, Inc. between 2010 and 2015.

Dynata is used to track online consumers' website history to look for and collect data about their purchasing behavior. The company also composes and proposes surveys to its users to get more accurate and clarified responses from broad-based consumers. With gathered data, the company conducts up-to-date market research to determine the trends occurring around the world. Aside from gathering information on their purchasing behaviors, the company guarantees to protect consumer's unauthorized personal data. Since handheld technology has been developed to become a core part of our society, the company started to look for mobile research tools. The company gives surveys to mobile users to get an idea for the mobile panel's tastes.

Research Now Job Search in US and Canada

Get paid to dream at work: This company will pay you to nap
Sara London
The average salary of a Chipotle general manager is $100K — and they’re hiring
Kyle Schnitzer
Amazon is now hiring 75K workers — and offering some $1K bonuses
Kyle Schnitzer
Ladders / Company / Research Now