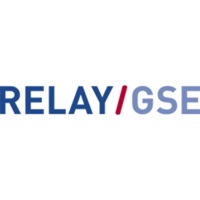 What are the highest paying jobs at Relay/GSE?

The New York Board of Regents approved the school unanimously with one abstention. Alternative certification programs such as Teach for America and the New York City Teaching Fellows utilize existing colleges for required coursework, while Relay GSE provides its own course program. Teacher U CEO Norman Atkins was chosen as the graduate school's president.

Teacher U was founded by three charter school networks "with impressive student achievement records": KIPP, Achievement First, and Uncommon Schools. The school will serve charter school and district teachers. There was opposition to the school's establishment from some of New York's existing universities that offer teacher education programs.

On September 7, 2013, Relay GSE held the commencement ceremony for its first graduating class of students on Pier 60 at Chelsea Piers in New York City.

Relay/GSE Job Search in US and Canada

Top Jobs at Relay/GSE by City