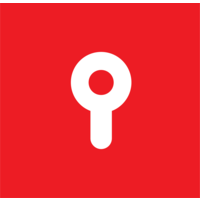 What are the highest paying jobs at Reali?

Before its startup on May 4, 2018, in India, Realme first appeared in China in 2010 with the name "OPPO Real". It was a sub-brand of OPPO until its formation as a spinoff on May 4, 2018. Oppo did not specify whether it had transferred its participation in Realme to BBK. Former Oppo Vice President and Head of Oppo India and Overseas Department, Sky Li, has still remember his time during the 2017 Diwali festival in India before his foundation of this company.

On July 30, 2018, Sky Li announced his official resignation from Oppo and his intention to establish Realme as an independent brand on Weibo. With the company slogan "Dare to Leap", he declared that in the future, the Realme brand would focus on providing mobile phones with solid performance and stylish design, offering young people a joyful life with affordable "technology" and "beauty".

On November 22, 2018, Realme became the No. 1 emerging brand in the Indian market. The sales of Realme devices in India have since surpassed the sales of its parent company Oppo. Realme has been the fourth largest smartphone brand in India since 2019, behind Xiaomi, Samsung, and Vivo. Realme holds records in India for fastest-charging smartphone and India's first 5G smartphone.

Reali Job Search in US and Canada

Top Jobs at Reali by City

These are the 15 highest-paying psychology jobs
Hailey Hudson
6 jobs that prepare you for side hustle success
Kyle Young
This is what work will look like in 2030, and it isn’t pretty
Kyle Schnitzer
Ladders / Company / Reali