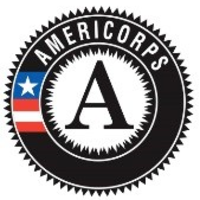 What are the highest paying jobs at Reading & Math, Inc.?

On April 1, 1976, the Reading Company sold its current railroad interests to the newly formed Consolidated Railroad Corporation, leaving it with 650 real estate assets, some coal properties, and 52 abandoned rights-of-way. As of 1999, most former Reading lines are now part of Norfolk Southern Railway, as a result of the Conrail split between NS and CSX Transportation. It had sold 350 of the real estate tracts by the time it left bankruptcy in 1980.

In the late 1980s a Los Angeles-based lawyer named James Cotter gained control of the corporation through his holding company, the Craig Corporation, and used its assets to finance his movie theater chains in Puerto Rico, Australia and New Zealand. The company sold one of its last railroad-related assets, the Reading Terminal Headhouse, in 1991. In 1996, Cotter reorganized the company as Reading Entertainment. On December 31, 2001, both Reading Entertainment and Craig Corporation merged into and with Citadel Holding Corporation, another Cotter company.

The successor company was renamed Reading International Inc with two classes of stock Non-Voting Class A shares and Voting Class B shares.

In conjunction with other railroads:

The presidents of the Reading were:

As a part of Norfolk Southern's 30th anniversary in 2012, the company painted 20 new locomotives into predecessor schemes. NS #1067, an EMD SD70ACe locomotive, was painted into the Bee Line Service paint scheme of the Reading.
Total Jobs:
1
% Masters:
100%

Reading & Math, Inc. Job Search in US and Canada

America falls way short, adds fewer jobs than expected in April
Kyle Schnitzer
Everything you need to know about becoming a dermatologist
Ashley Jones
These US cities will pay up to $20,000 for you to relocate—but there’s always a catch
Benjamin Lorber
Ladders / Company / Reading & Math, Inc.