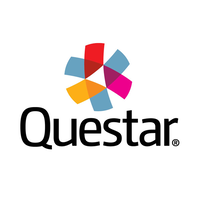 What are the highest paying jobs at Questar Assessment?

Questar Corporation was a natural gas public utility based in Salt Lake City, Utah. In September 2016, the company was acquired by Dominion Resources.

Questar Corporation was organized in Utah in 1984 as the holding company for Mountain Fuel Supply Company.

During the Great Depression, its stock price fell from $46/share in September 1929 to $3/share in 1932 as most families could not afford natural gas.

In 1935, the shareholders voted to reorganize the company, merging it with its subsidiaries and moving its headquarters from Pittsburgh to Salt Lake City. Mountain Fuel Supply Company became the name of the reorganized consolidated company.

In the mid-1930s, the company discovered natural gas in the Clay Basin region northeast of Utah.

During World War II, the company was required by the War Production Board to halt new natural gas utility signups so that resources can be conserved for the war effort.

In 1946, the company discovered the Church Buttes field in southwestern Wyoming.

Questar Assessment Job Search in US and Canada

Get paid to dream at work: This company will pay you to nap
Sara London
The average salary of a Chipotle general manager is $100K — and they’re hiring
Kyle Schnitzer
Amazon is now hiring 75K workers — and offering some $1K bonuses
Kyle Schnitzer
Ladders / Company / Questar Assessment