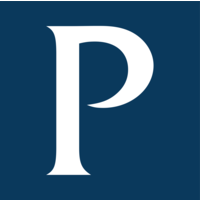 What are the highest paying jobs at Pioneer Natural Resources?

Pioneer Natural Resources Company is a company engaged in hydrocarbon exploration headquartered in Irving, Texas. It operates in the Cline Shale, which is part of the Spraberry Trend of the Permian Basin, where the company is the largest acreage holder.

Pioneer Natural Resources was created in 1997 by the merger of Parker & Parsley Petroleum Company and MESA Inc., owned by T. Boone Pickens.

In 2002, Pioneer made discoveries in its offshore Oooguruk field, west of Prudhoe Bay, Alaska. In 2008, Pioneer became the first independent operator to produce oil on the Alaska North Slope. These holdings were sold for $550 million in 2013.

In June 2010, the company announced a $1.15 billion midstream joint venture with Reliance Industries for assets in the Eagle Ford Group. The business was sold to Enterprise Products Partners for $2.15 billion in 2015.

Pioneer Natural Resources Job Search in US and Canada

Everything you need to know about becoming a dermatologist
Ashley Jones
These US cities will pay up to $20,000 for you to relocate—but there’s always a catch
Benjamin Lorber
A guide to using social media to your advantage when job hunting
Sarah Dillon
Ladders / Company / Pioneer Natural Resources