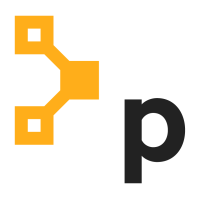 What are the highest paying jobs at Puppet Labs?

In February 2011 Puppet released its first commercial product, Puppet Enterprise, built on the open-source base and providing commercial users with improved usability as well as some commercial components. In September 2011, the company released Puppet Enterprise 2.0, which introduced integration with MCollective, acquired by Puppet in 2010, as well as provisioning for virtual machines directly on Amazon EC2 and VMware. In June 2013, Puppet released Puppet Enterprise 3.0, which features a rewritten orchestration engine that will ease the automated rollout of changes across multiple sites and clouds.

Puppet released Puppet Discovery, a tool to discover and manipulate resources in hybrid networks, in May 2018. It is Puppet's third stand-alone enterprise product.

In June of 2018 Puppet raised $42 million for a total of $150 million in funding. The round was led by Cisco and included Kleiner Perkins, True Ventures, EDBI, and VMware.

Puppet Labs Job Search in US and Canada

These are the 15 highest-paying psychology jobs
Hailey Hudson
6 jobs that prepare you for side hustle success
Kyle Young
This is what work will look like in 2030, and it isn’t pretty
Kyle Schnitzer
Ladders / Company / Puppet Labs