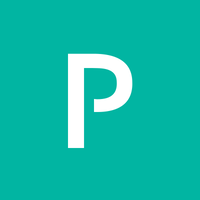 What are the highest paying jobs at Pivotal?

Pivotal Software, Inc. was an American multinational software and services company based in San Francisco that provided cloud platform hosting and consulting services. Since December 2019, Pivotal has been part of VMware.

Pivotal Software was formed in 2012 after spinning out of EMC Corporation and VMware. The name came from the Pivotal Labs LLC which had been acquired by EMC, and briefly used the name GoPivotal, Incorporated. On April 24, 2013, the organization announced a US$105 million investment from General Electric and Pivotal One, including Cloud Foundry for cloud computing.

Paul Maritz became Pivotal's chief executive immediately after the spin-out. Maritz had joined EMC in February 2008 when Pi Corporation, a company he co-founded, was acquired and was previously the CEO of VMware.

The Greenplum Database formed the basis of a division selling software for the big data market.

In March 2013, a distribution of Apache Hadoop called Pivotal HD was announced, including a version of the Greenplum software for it called Hawq.

Paul Maritz became Pivotal's Chairman and Rob Mee, founder of Pivotal Labs, became chief executive officer of Pivotal Software on August 18, 2015. In May, 2016, a US$253 million round of investment was announced, including Ford investments. EMC also converted US$400 million of debt into equity at that time.

Pivotal Job Search in US and Canada

Top Jobs at Pivotal by City

8 high paying remote jobs you can get right now (and how to get hired there)
Sara London
7 ways to manage the effects of job search fatigue
Rolf Bax
Have you been the victim of 1 of these 7 cases of wrongful termination?
AnnaMarie Houlis
Ladders / Company / Pivotal