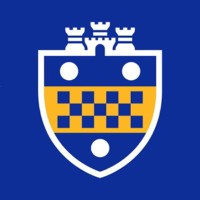 What are the highest paying jobs at University of Pittsburgh?

The University of Pittsburgh is a state-related public research university in Pittsburgh, Pennsylvania, United States. The university is composed of 17 undergraduate and graduate schools and colleges at its urban Pittsburgh campus, home to the university's central administration and 28,391 undergraduate and graduate students. The 132-acre Pittsburgh campus includes various historic buildings that are part of the Schenley Farms Historic District, most notably its 42-story Gothic revival centerpiece, the Cathedral of Learning. Pitt is a member of the Association of American Universities, a selective group of major research universities in North America, and is classified as an R1 University, meaning that it engages in a very high level of research activity. Pitt was the third-largest recipient of federally sponsored health research funding among U.S. universities in 2018 and it is a major recipient of research funding from the National Institutes of Health. According to the National Science Foundation, Pitt spent $1.0 billion on research and development in 2018, ranking it 14th in the nation. It is the second-largest non-government employer in the Pittsburgh metropolitian area. The university also operates four undergraduate branch campuses in Western Pennsylvania, located in Bradford, Greensburg, Johnstown, and Titusville.

The campus is situated adjacent to the flagship medical facilities of its closely affiliated University of Pittsburgh Medical Center and its flagship hospital, UPMC Presbyterian, as well as the Carnegie Museums of Pittsburgh, Schenley Park, and Carnegie Mellon University.
Total value of jobs:
$19,880,000
Average Pay:
$89,147
Total Experts:
16
% Masters:
52%

Top Experts at University of Pittsburgh

Get paid to dream at work: This company will pay you to nap
Sara London
The average salary of a Chipotle general manager is $100K — and they’re hiring
Kyle Schnitzer
Amazon is now hiring 75K workers — and offering some $1K bonuses
Kyle Schnitzer
Ladders / Company / University of Pittsburgh