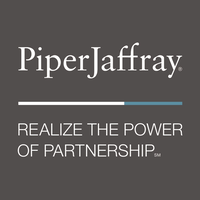 What are the highest paying jobs at Piper Jaffray?

Based in Minneapolis, Minnesota, Piper Sandler has more than 55 offices. The company was founded in 1895.

Piper Jaffray was named one of America's 50 Most Trustworthy Financial Companies by Forbes magazine in 2015 and 2017. Piper Jaffray was also named 2014 Investment Bank of the Year by Mergers & Acquisitions Journal.

Do personality tests make it harder to hire the right person?
Sara London
19 examples of STAR interview questions (plus how to answer them using STAR method)
Jennifer Fabiano
Is this the worst job interview question? The internet seems to think so.
CW Headley
Ladders / Company / Piper Jaffray