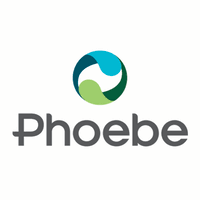 What are the highest paying jobs at Phoebe Putney Memorial Hospital, Inc?

Phoebe Putney Memorial Hospital is a hospital in Albany, Georgia.

In 1986, the hospital was at the center of a criminal case after a GBI investigation following an unusually high percentage of cardiac arrests. Nurse Terri Rachals was indicted on twenty counts of aggravated assault, and convicted on one count as "guilty but mentally ill" of aggravated assault with intent to murder. Potassium chloride was injected into a bag of frozen plasma which was then introduced to a patient's body.

In 2010, the facility bought out the area's only other hospital, Palmyra Medical Center, for $195 million. PMC was owned by Hospital Corporation of America, the country's largest hospital operator. The acquisition ended a lawsuit over Palmyra's provision of obstetric services.

Because of the merger, the hospital agreed to a settlement with the Federal Trade Commission in 2013 that for the next 10 years, PPMH and the Hospital Authority of Albany-Dougherty County, without first notifying the FTC, would not acquire another medical facility within Dougherty, Lee, Baker, Terrell, Worth, and Mitchell Counties. PPMH and the hospital authority also agreed for the next five years to not file an objection to a Certificate of Need granted to a general acute care hospital within the six county region.

10 companies that offer unlimited vacation
Kyle Schnitzer
Are you angling for the C-suite? Work for Starbucks
Kyle Schnitzer
5 things to do before you land your next job
Wendi Weiner
Ladders / Company / Phoebe Putney Memorial Hospital, Inc