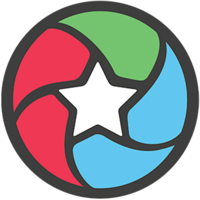 What are the highest paying jobs at Perk.com Canada?

Orvis is an American family-owned retail and mail-order business specializing in fly fishing, hunting and sporting goods. Founded in Manchester, Vermont, in 1856 by Charles F. Orvis to sell fishing tackle, it is the oldest mail-order retailer in the United States.

Orvis operates 70 retail stores and 10 outlet/warehouse locations in the U.S. and 18 retail stores and one outlet store in the U.K. Owned by the Perkins family since 1965, the company has changed hands twice and has had five CEOs in its history.

Charles's daughter, Mary Orvis Marbury, took charge of the Orvis fly department in the 1870s. In 1892, she published an encyclopedic reference book on fly patterns Favorite Flies and Their Histories.

Following Charles's death in 1915, sons Albert and Robert managed the company until the 1930s, when it essentially collapsed during the Depression. Investors, led by Philadelphia businessman-sportsman Dudley Corkran, purchased Orvis in 1939 for US$4,500, and quickly revitalized the business. Corkran hired master bamboo rodbuilder Wes Jordan, who by the late 1940s had developed a Bakelite impregnation process that made Orvis bamboo rods uniquely impervious to weather, rot, and other perennial perils.

The top 10 companies offering the most consistent remote work opportunities over the years
Sarah Dillon
This is what recruiters do and do not want to see on your social media
Kyle Schnitzer
These are the industries that hire the most Harvard Business School grads
Meredith Schneider
Ladders / Company / Perk.com Canada