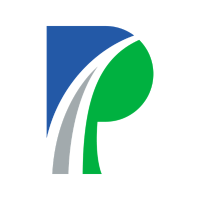 What are the highest paying jobs at Parkland Fuel Corporation?

Parkland Corporation is a Canadian convenience store operator and independent fuel retailing company based in Calgary, Alberta. Its subsidiaries include several gas station chains, including Pioneer, Fas Gas Plus and Ultramar, as well as several commercial fuel distribution operations.

It is the largest independent fuel retailing company in Canada, as well as the second-largest convenience store operator. It is listed on the Toronto Stock Exchange, with a market capitalization of $3.9 billion as of March 2018.

19 examples of STAR interview questions (plus how to answer them using STAR method)
Jennifer Fabiano
Is this the worst job interview question? The internet seems to think so.
CW Headley
These are the 15 highest-paying psychology jobs
Hailey Hudson
Ladders / Company / Parkland Fuel Corporation