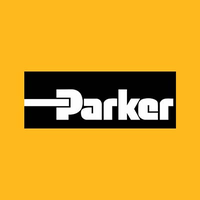 What are the highest paying jobs at Parker Hannifin?

Parker-Hannifin Corporation, originally Parker Appliance Company, usually referred to as just Parker, is an American corporation specializing in motion and control technologies. Its corporate headquarters are in Mayfield Heights, Ohio, in Greater Cleveland.

The company was founded in 1917 and has been publicly traded on the NYSE since December 9, 1964. The firm is one of the largest companies in the world in motion control technologies, including aerospace, climate control, electromechanical, filtration, fluid and gas handling, hydraulics, pneumatics, process control, and sealing and shielding. Parker employs about 58,000 people globally.

Parker Hannifin Job Search in US and Canada

America falls way short, adds fewer jobs than expected in April
Kyle Schnitzer
Everything you need to know about becoming a dermatologist
Ashley Jones
These US cities will pay up to $20,000 for you to relocate—but there’s always a catch
Benjamin Lorber
Ladders / Company / Parker Hannifin