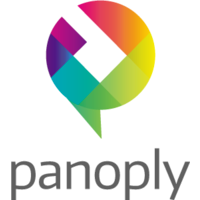 What are the highest paying jobs at Panoply?

Megaphone is a podcast technology company focusing on ad-insertion and hosting started by The Slate Group.

Formerly an audio content producer as well, it now focuses solely on helping companies with production, advertising, and audience metrics.

As of February 2017, Panoply had published more than 100 podcasts through partnerships with Sports Illustrated, The Huffington Post, New York magazine, Time, Inc., Vox, Real Simple, The Wall Street Journal, and Politico. It has produced branded content for Purina, Umpqua Bank, Prudential and Starbucks.

In September 2018, it was announced that Panoply would cease production of all podcasts and shut down its editorial division in order to focus on podcast hosting, analytics, and monetization technology.

In November 2020, Spotify announced its intent to acquire Megaphone from The Slate Group for US$235 million.

Panoply Job Search in US and Canada

Top Jobs at Panoply by City