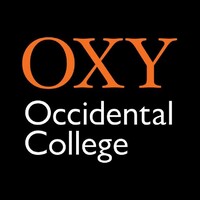 What are the highest paying jobs at OXY Occidental College?

Occidental College is a private liberal arts college in Los Angeles, California. Founded in 1887 as a coeducational college by clergy and members of the Presbyterian Church, it became non-sectarian in 1910. It is one of the oldest liberal arts colleges on the West Coast of the United States.

Occidental's current 120-acre campus is located in Eagle Rock, Los Angeles, and was designed by architect Myron Hunt. Due to its proximity to Hollywood and its architecture, the campus is frequently used as a filming location for numerous film and television productions. Occidental is a founding member of the Southern California Intercollegiate Athletic Conference and its 21 varsity sports teams compete in NCAA Division III. The college's curriculum emphasizes diversity, global literacy, and civic engagement.

OXY Occidental College Job Search in US and Canada

Is this the worst job interview question? The internet seems to think so.
CW Headley
These are the 15 highest-paying psychology jobs
Hailey Hudson
6 jobs that prepare you for side hustle success
Kyle Young
Ladders / Company / OXY Occidental College