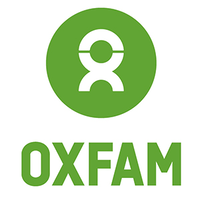 What are the highest paying jobs at Oxfam America?

Oxfam is a confederation of 20 independent charitable organizations focusing on the alleviation of global poverty, founded in 1942 and led by Oxfam International. It is a major nonprofit group with an extensive collection of operations.

Winnie Byanyima was the executive director of Oxfam International from 2013 to 2019.

Founded at 17 Broad Street, Oxford, as the Oxford Committee for Famine Relief by a group of Quakers, social activists, and Oxford academics in 1942 and registered in accordance with UK law in 1943, the original Oxford Committee for Famine Relief was a group of concerned citizens including Henry Gillett, Theodore Richard Milford, Gilbert Murray and his wife Mary, Cecil Jackson-Cole and Alan Pim. The Committee met in the Old Library of University Church of St Mary the Virgin, Oxford, for the first time in 1942, and its aim was to help starving citizens of occupied Greece, a famine caused by the Axis occupation of Greece and Allied naval blockades and to persuade the British government to allow food relief through the blockade. The Oxford committee was one of several local committees formed in support of the National Famine Relief Committee.

Oxfam's first paid employee was Joe Mitty, who began working at the Oxfam shop on Broad Street, Oxford on 9 November 1949. Engaged to manage the accounts and distribute donated clothing, he originated the policy of selling anything which people were willing to donate, and developed the shop into a national chain.
Total value of jobs:
$1,585,000
Total Jobs:
4
Average Pay:
$113,214
Total Experts:
1
% Masters:
57%

Oxfam America Job Search in US and Canada

Get paid to dream at work: This company will pay you to nap
Sara London
The average salary of a Chipotle general manager is $100K — and they’re hiring
Kyle Schnitzer
Amazon is now hiring 75K workers — and offering some $1K bonuses
Kyle Schnitzer
Ladders / Company / Oxfam America