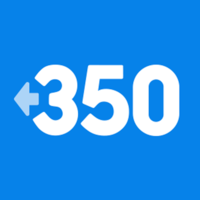 What are the highest paying jobs at 350.org?

350.org is an international environmental organization addressing the climate crisis. Its stated goal is to end the use of fossil fuels and transition to renewable energy by building a global, grassroots movement.

The 350 in the name stands for 350 ppm of carbon dioxide, which has been identified as the safe upper limit to avoid a climate tipping point. As of 2019, the concentration was 415 ppm and rising.

Through online campaigns, grassroots organizing, mass public actions, and collaboration with an extensive network of partner groups and organizations, 350.org mobilized thousands of volunteer organizers in over 188 countries. It was one of the many organizers of the September 2019 Global Climate Strike, which evolved from the Fridays for Future movement.