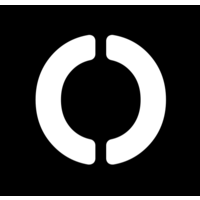 What are the highest paying jobs at Open Motors?

General Motors Company is an American automotive multinational corporation headquartered in Detroit, Michigan, United States. It was founded by William C. Durant on September 16, 1908, as a holding company, and the present entity was established in 2009 after its restructuring. The company is the largest American automobile manufacturer and one of the world's largest automobile manufacturers.

At its peak, GM had a 50% market share in the United States and was the world's largest automaker from 1931 through 2007. As of 2021, General Motors is ranked number 22 on the Fortune 500 rankings of the largest United States corporations by total revenue.

General Motors manufactures vehicles in several countries; its four core automobile brands are Chevrolet, Buick, GMC, and Cadillac. It also either owns or holds a significant stake in foreign brands such as Wuling, Baojun, and Jiefang. Annual worldwide sales volume reached a milestone of 10 million vehicles in 2016.

Do personality tests make it harder to hire the right person?
Sara London
19 examples of STAR interview questions (plus how to answer them using STAR method)
Jennifer Fabiano
Is this the worst job interview question? The internet seems to think so.
CW Headley
Ladders / Company / Open Motors