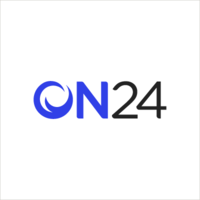 What are the highest paying jobs at ON24?

ON24, Inc. is a San Francisco-based company that markets products and services based upon webcasting and virtual event and environment technology.

The company was founded in 1998 as a platform for companies to broadcast video press releases. It became a financial news streaming website but suffered financial losses after the early 2000s recession. In August 2002, ON24 closed its news operation but continued provided third-party content. After downsizing the company they reformatted their operations to provide streaming services for other companies.

ON24 operates in the US, the UK, Australia, Singapore and Spain.

High-Paying Jobs at ON24

ON24 Job Search in US and Canada

Top Jobs at ON24 by City

Do personality tests make it harder to hire the right person?
Sara London
19 examples of STAR interview questions (plus how to answer them using STAR method)
Jennifer Fabiano
Is this the worst job interview question? The internet seems to think so.
CW Headley
Ladders / Company / ON24