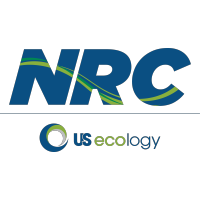 What are the highest paying jobs at NRC Group Holdings Corp.?

NCR was founded in Dayton, Ohio, in 1884 and acquired by AT&T in 1991. A restructuring of AT&T in 1996 led to NCR's re-establishment on January 1, 1997, as a separate company and involved the spin-off of Lucent Technologies from AT&T. In June 2009 the company sold most of the Dayton properties and moved its headquarters to the Atlanta metropolitan area in unincorporated Gwinnett County, Georgia, near Duluth. In early January 2018, the new NCR Global Headquarters opened in Midtown Atlanta near Technology Square.
Total Jobs:
1

NRC Group Holdings Corp. Job Search in US and Canada

19 examples of STAR interview questions (plus how to answer them using STAR method)
Jennifer Fabiano
Is this the worst job interview question? The internet seems to think so.
CW Headley
These are the 15 highest-paying psychology jobs
Hailey Hudson
Ladders / Company / NRC Group Holdings Corp.