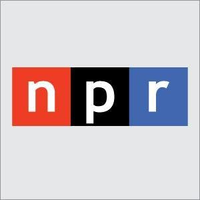 What are the highest paying jobs at NPR?

National Public Radio is an American privately and publicly funded non-profit media organization based in Washington, D.C. NPR is based in two locations: main NPR headquarters in Washington, D.C. and NPR West headquarters in Culver City, California. NPR differs from other non-profit membership media organizations, such as AP, in that it was established by an act of Congress and most of its member stations are owned by government entities. It serves as a national syndicator to a network of over 1,000 public radio stations in the United States.

NPR produces and distributes news and cultural programming. The organization's flagship shows are two drive-time news broadcasts, Morning Edition and the afternoon All Things Considered; both are carried by most NPR member stations, and are among the most popular radio programs in the country. As of March 2018, the drive time programs attract an audience of 14.9 million and 14.7 million per week respectively.

NPR Job Search in US and Canada

Top Jobs at NPR by City

Everything you need to know about becoming a dermatologist
Ashley Jones
These US cities will pay up to $20,000 for you to relocate—but there’s always a catch
Benjamin Lorber
A guide to using social media to your advantage when job hunting
Sarah Dillon
Ladders / Company / NPR