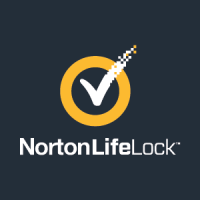 What are the highest paying jobs at NortonLifeLock Inc.?

NortonLifeLock Inc., formerly known as Symantec Corporation is an American software company headquartered in Tempe, Arizona, United States. The company provides cybersecurity software and services. NortonLifeLock is a Fortune 500 company and a member of the S&P 500 stock-market index. The company also has development centers in Pune, Chennai and Bangalore.

On October 9, 2014, Symantec declared it would split into two independent publicly traded companies by the end of 2015. One company would focus on security, the other on information management. On January 29, 2016, Symantec sold its information-management subsidiary, named Veritas Technologies to The Carlyle Group.

The name "Symantec" is a portmanteau of the words "syntax" and "semantics" with "technology".

On August 9, 2019, Broadcom Inc. announced they would be acquiring the Enterprise Security software division of Symantec for $10.7 billion, after having attempted to purchase the whole company. The sale closed November 4, 2019, and subsequently, the company adopted the NortonLifeLock name. It also relocated its headquarters to Tempe, Arizona from Mountain View, California.

NortonLifeLock Inc. Job Search in US and Canada

America falls way short, adds fewer jobs than expected in April
Kyle Schnitzer
Everything you need to know about becoming a dermatologist
Ashley Jones
These US cities will pay up to $20,000 for you to relocate—but there’s always a catch
Benjamin Lorber
Ladders / Company / NortonLifeLock Inc.