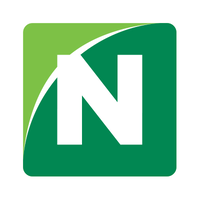 What are the highest paying jobs at Northwest Bancshares, Inc.?

Northwest Bank is a bank headquartered in Warren, Pennsylvania. It is a subsidiary of Northwest Bancshares, Inc., a bank holding company. It operates 170 branches in central and western Pennsylvania, western New York, eastern Ohio, and Indiana.

The bank was founded in 1896 as a mutual savings bank in Bradford, Pennsylvania.

In 1974, the bank moved its headquarters to Warren, Pennsylvania.

On December 18, 2009, the bank converted from a mutual savings bank to a joint stock company.

In May 2017, Northwest Bank exited the Maryland market by selling all 3 remaining branch locations to locally-based Shore United Bank.

In April 2020, the bank acquired MutualFirst Financial, a Muncie, Indiana-based bank, in a stock and cash deal valued at $346mm. The transaction expanded Northwest's footprint into the Indiana market, and gave the bank a total of 221 branches across four states.

Following that acquisition, Northwest enacted a 'branch optimization plan', closing 40 branches, including many of the former MutualFirst locations.

In February 2021, the bank officially moved the headquarters for its holding company from Warren, PA to Columbus, Ohio, relocating several key executives including CEO Ron Seiffert.

Northwest Bancshares, Inc. Job Search in US and Canada