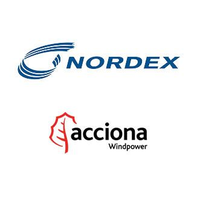 What are the highest paying jobs at Nordex Usa, Inc?

Nordex SE is a European company that designs, sells and manufactures wind turbines. The company's headquarters is located in the German city of Rostock while management is situated in Hamburg. Production takes place in Rostock as well as in China and in the city of Heroica Matamoros[], state of Tamaulipas[], México [] for a brief time in Jonesboro, Arkansas. The company was founded in 1985 in Give, Denmark. Since then the company steadily grew. In 1995 Nordex was the first company to mass-produce a 1 MW turbine booster. The company Südwind Babcock-Borsig has been fully implented into Nordex on October 1, 2001.

Now Nordex began also producing the turbines of the manufacturer Südwind, which had previously gone bankrupt. Nordex started producing turbines in the 1.5 MW class from 2001 - originally from "pro + pro Energiesysteme" developed the S70 and later the S77 - under license.

In 2016, the wind turbine manufacture business unit of Spanish conglomerate Acciona, Acciona Windpower, merged with those of Nordex to form Nordex Group.