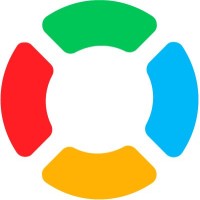 What are the highest paying jobs at Newman Cloud, Inc?

BBN Technologies was an American research and development company, based next to Fresh Pond in Cambridge, Massachusetts, United States.

In 1966 the Franklin Institute awarded the firm the Frank P. Brown Medal, in 1999 BBN received the IEEE Corporate Innovation Recognition, and on 1 February 2013, BBN was awarded the National Medal of Technology and Innovation, the highest honors that the U.S. government bestows upon scientists, engineers and inventors, by President Barack Obama. It became a wholly owned subsidiary of Raytheon in 2009.
Total value of jobs:
$180,000
Total Jobs:
2
Average Pay:
$90,000

Newman Cloud, Inc Job Search in US and Canada

8 high paying remote jobs you can get right now (and how to get hired there)
Sara London
7 ways to manage the effects of job search fatigue
Rolf Bax
Have you been the victim of 1 of these 7 cases of wrongful termination?
AnnaMarie Houlis
Ladders / Company / Newman Cloud, Inc