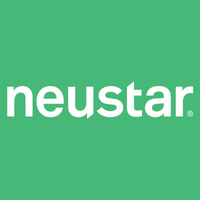 What are the highest paying jobs at Neustar?

Neustar, Inc., is an American technology company that provides real-time information and analytics for the Internet, risk, digital performance, and defense, telecommunications, entertainment, and marketing industries, and also provides clearinghouse and directory services to the global communications and Internet industries. Neustar is the domain name registry for a number of top-level domains, including .biz, .us, .co, .nyc, and .in.

Until the end of 2018, the company was also a North American Numbering Plan Administrator under behalf of the Federal Communications Commission, a role continued from its founder, Lockheed Martin. Their first contract was granted in 1997 and was renewed under its spun-off in 1999, 2004, and 2012. Since 2019, it has been replaced by Somos, Inc.

Neustar Job Search in US and Canada

Top Jobs at Neustar by City

What jobs can you get with a business degree?
Kattie Thorndyke
How to answer “What’s your desired salary?” (with 8 best responses)
Jessica Li
You have a “great” job offer… now what?
Kayla Duperreault
Ladders / Company / Neustar