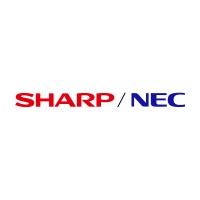 What are the highest paying jobs at Nec Display Solutions?

Apple was founded by Steve Jobs, Steve Wozniak, and Ronald Wayne in 1976 to develop and sell Wozniak's Apple I personal computer. It was incorporated by Jobs and Wozniak as Apple Computer, Inc. in 1977, and sales of its computers, including the Apple II, grew quickly. It went public in 1980 to instant financial success. Over the next few years, Apple shipped new computers featuring innovative graphical user interfaces, such as the original Macintosh, announced with the critically acclaimed advertisement "1984". However, the high price of its products and limited application library caused problems, as did power struggles between executives. In 1985, Wozniak departed Apple amicably, while Jobs resigned to found NeXT, taking some Apple co-workers with him.

As the market for personal computers expanded and evolved through the 1990s, Apple lost considerable market share to the lower-priced duopoly of Microsoft Windows on Intel PC clones. The board recruited CEO Gil Amelio, who prepared the struggling company for eventual success with extensive reforms, product focus and layoffs in his 500-day tenure. In 1997, Amelio bought NeXT, to resolve Apple's unsuccessful operating system strategy and bring back Steve Jobs, who replaced Amelio as CEO later that year. Apple returned to profitability under the revitalizing "Think different" campaign, launching the iMac and iPod, opening a retail chain of Apple Stores in 2001, and acquiring numerous companies to broaden their software portfolio. In 2007, the company launched the iPhone to critical acclaim and financial success. In 2011, Jobs resigned as CEO due to health complications, and died two months later. He was succeeded by Tim Cook.
Total value of jobs:
$2,310,000
Total Jobs:
2
Average Pay:
$177,692
Total Experts:
3
% Masters:
50%

Nec Display Solutions Job Search in US and Canada

19 examples of STAR interview questions (plus how to answer them using STAR method)
Jennifer Fabiano
Is this the worst job interview question? The internet seems to think so.
CW Headley
These are the 15 highest-paying psychology jobs
Hailey Hudson
Ladders / Company / Nec Display Solutions