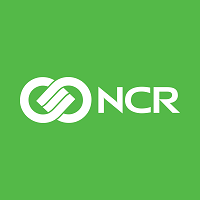 What are the highest paying jobs at NCR?

NCR Corporation, previously known as National Cash Register, is an American software, managed and professional services, consulting and technology company that also makes self-service kiosks, point-of-sale terminals, automated teller machines, check processing systems, and barcode scanners. NCR had been based in Dayton, Ohio, starting in 1884, but in June 2009 the company sold most of the Dayton properties and moved its headquarters to the Atlanta metropolitan area in unincorporated Gwinnett County, Georgia, near Duluth. In early January 2018, the new NCR Global Headquarters opened in Midtown Atlanta near Technology Square.

NCR was founded in 1884 and acquired by AT&T in 1991. A restructuring of AT&T in 1996 led to NCR's re-establishment on January 1, 1997, as a separate company and involved the spin-off of Lucent Technologies from AT&T.

NCR Job Search in US and Canada

Top Jobs at NCR by City

America falls way short, adds fewer jobs than expected in April
Kyle Schnitzer
Everything you need to know about becoming a dermatologist
Ashley Jones
These US cities will pay up to $20,000 for you to relocate—but there’s always a catch
Benjamin Lorber
Ladders / Company / NCR