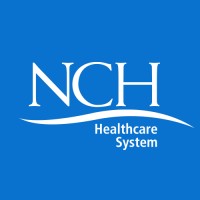 What are the highest paying jobs at Naples Community Hospital Inc.?

The NCH Healthcare System is a not-for-profit, healthcare system located in Naples, Florida, United States with 4300 employees as of 2021, of which 730 are staff physicians. The healthcare system consists of two hospitals: the Baker Hospital located in downtown Naples and the North Naples campus. The hospitals have a total of 713 beds. The system operates walk-in centers and outpatient rehabilitation facilities in Naples, North Naples, Marco Island, and Bonita Springs. Naples Diagnostic Imaging Center is an affiliate of the system.

The healthcare system was founded in 1953. The Naples Community Hospital opened in downtown Naples on March 5, 1956 with 50 beds. In 1966, the hospital added 50 more beds, an emergency department and several specialized departments. Later that decade, several more departments were added including an intensive care unit. The hospital expanded the original building in 1970 to six stories and began construction on a new, two-story building next door. This building was later expanded to six stories and was dubbed the "South Tower" while the first tower was called the "North Tower". Construction on the Downtown Naples facility continued in the 1980s and on October 15, 1984, The North Collier Health Center opened its doors. This facility was opened as a satellite facility of the main hospital. Shortly after, on February 4, 1985, another satellite facility, which included a helipad, was opened on Marco Island.

...with Naples Community Hospital Inc. and 1000s of other companies paying $100K+

IT Enterprise Architect I Information Se

Naples Community Hospital Inc. Job Search in US and Canada

IT Enterprise Architect I Information Se