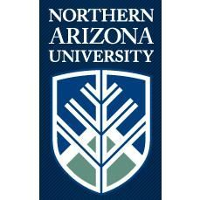 What are the highest paying jobs at Northern Arizona University?

Northern Arizona University is a public research university with its main campus in Flagstaff, Arizona. It was founded in 1899 as the final public university established in the Arizona Territory, 12 years before Arizona was admitted as the 48th state.

As of fall 2020, 29,569 students were enrolled, 21,495 at the Flagstaff campus in 8 separate colleges/schools, offering more than 150 baccalaureate programs and more than 100 graduate degree programs. The university also offers statewide campuses and online programs, including the Phoenix Biomedical Campus. NAU's astronomy faculty co-discovered several astronomical bodies such as Eris, Sedna, and are major participants in the search for the hypothetical Planet Nine, with the university being a primary institution of the Lowell Observatory. Northern Arizona University is governed by the Arizona Board of Regents and accredited by the Higher Learning Commission. It is classified among "R2: Doctoral Universities – High research activity" and ranked No. 191 in the National Science Foundation’s national research rankings for fiscal year 2019.

The NAU Lumberjacks compete in the NCAA Division I, primarily as part of the Big Sky Conference and have won several national championships, notably in long distance running. At an elevation of 6,950 feet above sea level, the school's athletic facilities are used by Olympic and professional athletes worldwide for prestige high altitude training.

Northern Arizona University Job Search in US and Canada