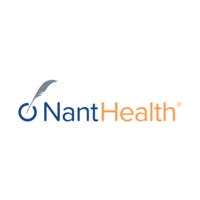 What are the highest paying jobs at NantHealth?

NantHealth is one of the constituent companies of NantWorks, which is controlled by Patrick Soon-Shiong. With headquarters in Culver City, California, the firm is focused on developing and marketing a range of healthcare solutions.

In January 2019, NantHealth received a delisting warning from Nasdaq "because the Company’s common stock failed to maintain a minimum closing bid price of $1.00 for 30 consecutive business days." At the time, the market value of the company was approximately $57m.