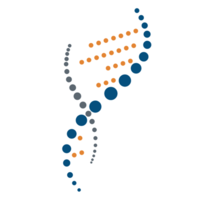 What are the highest paying jobs at Myriad Genetics, Inc?

Myriad Genetics, Inc. is an American molecular diagnostic company based in Salt Lake City, Utah, United States. Myriad employs a number of proprietary technologies that permit doctors and patients to understand the genetic basis of human disease and the role that genes play in the onset, progression and treatment of disease. This information is used to guide the development of new molecular diagnostic products that assess an individual's risk for developing disease later in life, identify a patient's likelihood of responding to a particular drug therapy, assess a patient's risk of disease progression and disease recurrence, and measure disease activity.

Following the discovery by Mary-Claire King that a gene on chromosome 17 is associated with an increased risk of breast cancer, Myriad attempted to patent this gene. These patents were the subject of scrutiny after Myriad became involved in a lawsuit over its patenting practices, which led to the landmark Supreme Court decision Association for Molecular Pathology v. Myriad Genetics, Inc. which ruled these patents illegal.

Myriad Genetics, Inc Job Search in US and Canada

Get paid to dream at work: This company will pay you to nap
Sara London
The average salary of a Chipotle general manager is $100K — and they’re hiring
Kyle Schnitzer
Amazon is now hiring 75K workers — and offering some $1K bonuses
Kyle Schnitzer
Ladders / Company / Myriad Genetics, Inc