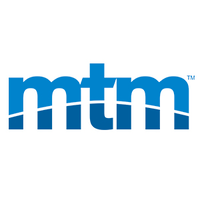 What are the highest paying jobs at MTM Technologies, Inc?

MTM produced a number of successful television programs during the 1970s and 1980s. The company's mascot was an orange Tabby cat named Mimsie who appeared in their logo, inside a circle surrounded by gold ribbons, parodying how Leo the Lion is presented in the Metro-Goldwyn-Mayer logo.

All of MTM's shows are now owned by The Walt Disney Company through its subsidiary, 20th Television.

This is what recruiters do and do not want to see on your social media
Kyle Schnitzer
These are the industries that hire the most Harvard Business School grads
Meredith Schneider
These are the 5 college majors that will make you a top earner for life
CW Headley
Ladders / Company / MTM Technologies, Inc