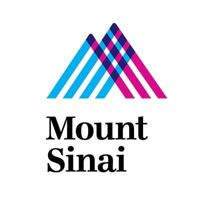 What are the highest paying jobs at Mount Sinai Hospital?

The Mount Sinai Health System is a hospital network in New York City. It was formed in September 2013 by merging the operations of Continuum Health Partners and the Mount Sinai Medical Center.

The Health System includes more than 6,600 primary and specialty care physicians and 13 ambulatory surgical centers. It has ambulatory practices throughout the five boroughs of New York City, Westchester County, and Long Island, along with more than 30 affiliated community health centers.

In the 2017-2018 fiscal year, the Health System employed more than 39,000 people and the Icahn School of Medicine at Mount Sinai had 33 multidisciplinary research, educational, and clinical institutes. In addition, the Health System reported 3,360 beds among its seven hospitals as well as 136,528 inpatient admissions, 500,901 Emergency Department visits, and more than 14,700 babies delivered.

Mount Sinai Hospital Job Search in US and Canada

These are the 10 best jobs if you want to retire early
Ashley Jones
How to quit your job (even if you just started)
Lani Assaf
What jobs can you get with a business degree?
Kattie Thorndyke
Ladders / Company / Mount Sinai Hospital