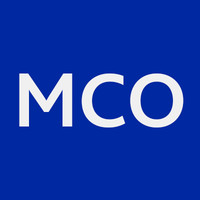 What are the highest paying jobs at Moodys Corporation?

Moody's Corporation, often referred to as Moody's, is an American business and financial services company. It is the holding company for Moody's Investors Service, an American credit rating agency, and Moody's Analytics, an American provider of financial analysis software and services.

Moody's was founded by John Moody in 1909 to produce manuals of statistics related to stocks and bonds and bond ratings. Moody's was acquired by Dun & Bradstreet in 1962. In 2000, Dun & Bradstreet spun off Moody's Corporation as a separate company that was listed on the NYSE under MCO. In 2007, Moody's Corporation was split into two operating divisions, Moody's Investors Service, the rating agency, and Moody's Analytics, with all of its other products.

Moodys Corporation Job Search in US and Canada

Everything you need to know about becoming a dermatologist
Ashley Jones
These US cities will pay up to $20,000 for you to relocate—but there’s always a catch
Benjamin Lorber
A guide to using social media to your advantage when job hunting
Sarah Dillon
Ladders / Company / Moodys Corporation