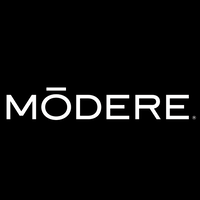 What are the highest paying jobs at Modere?

Neways International now referred as "Modere" is a privately held American multi-level marketing organization that manufactures and distributes personal care products, nutritional supplements, and household cleaning products and has a presence in more than 23 countries. Neways is headquartered in Springville, Utah. The company claims that its products are chemically safer than other brands.

Neways, originally named "Images and Attitudes", was founded on June 9, 1987 by founders Thomas and Leslie D. Mower. The company was renamed to Neways in 1992 with its original manufacturing facilities in Salem, Utah. Neways corporate headquarters was moved to Springville, Utah in 2003, with the main manufacturing facility remaining in Salem. Neways was acquired November 8, 2006, by Golden Gate Capital, a private equity firm headquartered in San Francisco, California. Golden Gate Capital also owned Herbalife before taking it public. In November 2011, Neways restructured; restructuring was completed in January 2012. The company's primary owners are now private equity firm Z Capital Partners, L.L.C. and funds affiliated with S.A.C. Capital Advisors, L.P. In July 2012, the Neways board of directors named Robert Conlee as Chief Executive Officer and Chairman of the Board.

The official “Neways triplets” are the Bruner triplets, Elijah, Gabriela, and Shoshana Bruner, grandchildren to distributors Ozzie and Muggs Bruner, as designated by the Primetime September/October 2004 issue.

Modere Job Search in US and Canada

Top Jobs at Modere by City

8 high paying remote jobs you can get right now (and how to get hired there)
Sara London
7 ways to manage the effects of job search fatigue
Rolf Bax
Have you been the victim of 1 of these 7 cases of wrongful termination?
AnnaMarie Houlis
Ladders / Company / Modere