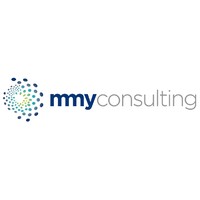 What are the highest paying jobs at MMY Consulting?

Under the leadership of Marvin Bower, McKinsey expanded into Europe during the 1940s and 1950s. In the 1960s, McKinsey's Fred Gluck—along with Boston Consulting Group's Bruce Henderson, Bill Bain at Bain & Company, and Harvard Business School's Michael Porter—transformed corporate culture. A 1975 publication by McKinsey's John L. Neuman introduced the business practice of "overhead value analysis" that contributed to a downsizing trend that eliminated many jobs in middle management.

McKinsey has a notoriously competitive hiring process, and is widely seen as one of the most selective employers in the world. McKinsey recruits primarily from the world’s top business schools and was one of the first management consultancy to recruit a limited number of advanced candidates with deep field expertise and who have demonstrated business acumen and analytical skills.

McKinsey publishes a business magazine, the McKinsey Quarterly, and its consultants have authored many books. The firm has been associated with a number of notable scandals including the collapse of Enron in 2001 and the 2007–2008 financial crisis. It has also drawn controversy for involvement with Purdue Pharma, U.S. Immigration and Customs Enforcement and authoritarian regimes.
Total value of jobs:
$330,000
Total Jobs:
2
Average Pay:
$110,000
% Masters:
38%

MMY Consulting Job Search in US and Canada

Is this the worst job interview question? The internet seems to think so.
CW Headley
These are the 15 highest-paying psychology jobs
Hailey Hudson
6 jobs that prepare you for side hustle success
Kyle Young
Ladders / Company / MMY Consulting