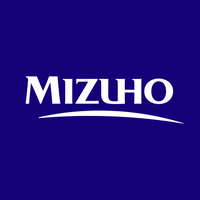 What are the highest paying jobs at Mizuho Financial?

Mizuho Financial Group, Inc., abbreviated as MHFG, or simply called Mizuho, is a banking holding company headquartered in the ?temachi district of Chiyoda, Tokyo, Japan. The name "mizuho" literally means "abundant rice" in Japanese and "harvest" in the figurative sense. Upon its founding, it was the largest bank in the world by assets.

It holds assets in excess of $1.8 trillion US dollars through its control of Mizuho Bank and other operating subsidiaries. The company's combined holdings form the third largest financial services group in Japan. Its banking businesses rank third in Japan after Mitsubishi UFJ Financial Group and SMBC Group. It is the 15th largest banking institution in the world by total assets as of December 2018. It is the 90th largest company in the world according to Forbes rankings as of May 2017. Its shares have a primary listing on the Tokyo Stock Exchange.

Mizuho Financial Job Search in US and Canada