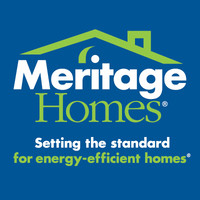 What are the highest paying jobs at Meritage Homes Corporation?

Meritage Homes Corporation is an American real estate development company that constructs single-family detached homes across the United States along with active adult communities and luxury real estate in Arizona. It is headquartered in Scottsdale, Arizona and is a publicly traded company.

In 2020, Meritage Homes began developing a section in the Stillwater neighborhood in Conroe, TX. While working on this development, Meritage was fined and had their permits pulled on numerous occasions due to their negligent behaviors and poorly engineered drainage plans. This has led to severe flooding and water contamination in the adjacent subdivision and ponds. When questioned about this, Meritage stated that they had no concern about adjacent developments, and that their only concern was completing the project they had at hand. The City of Conroe and local residents are investigating the situation further.

Since 1993, Meritage has sponsored a nationally recognized home giveaway program, the Home of Miracles, now known as the All-Star Miracle Home, which has raised millions for children's hospitals.

...with Meritage Homes Corporation and 1000s of other companies paying $100K+

Meritage Homes Corporation Job Search in US and Canada

America falls way short, adds fewer jobs than expected in April
Kyle Schnitzer
Everything you need to know about becoming a dermatologist
Ashley Jones
These US cities will pay up to $20,000 for you to relocate—but there’s always a catch
Benjamin Lorber
Ladders / Company / Meritage Homes Corporation