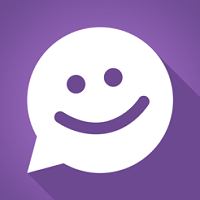 What are the highest paying jobs at MeetMe, Inc.?

The company has millions of mobile daily active users. Its mobile apps are available on iOS, and Android in multiple languages. Through these apps, users can stream live video, send gifts, chat, and share photos. The Meet Group derives revenue from in-app purchases, subscriptions, and advertising. The company has offices in New Hope, Pennsylvania, Philadelphia, San Francisco, Dresden, and Berlin.

The Meet Group has transformed its business from being a predominantly advertising model to now generating the majority of revenue from user pay sources, which include subscriptions and in-app purchases for virtual gifts as part of its video live-streaming product. The company also derives revenue from advertising. In the second quarter of 2018, 60% of revenue was derived from user-pay, versus 26% in the second quarter of 2017. Livestreaming video revenue has become an increasingly important component of revenue and growth, and the product has been rolled out to all of the Company's main apps.

myYearbook derives its revenue from three sources: advertising, virtual-currency sales, and monthly subscriptions. Advertising makes up two-thirds of its revenue, with the other sources making up the rest. It has an established sales office based in New York City and Los Angeles.

You’ll be ‘ghosted’ by recruiters if you don’t do these 5 things
Ryan Luke
15 of the greatest government jobs (with the best benefits)
Marjolein Dilven
6 companies doing an outstanding job with remote onboarding
Ryan Luke
Ladders / Company / MeetMe, Inc.