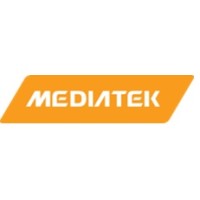 What are the highest paying jobs at MediaTek?

Headquartered in Hsinchu, the company has 25 offices worldwide and was the third largest fabless IC designer worldwide in 2016. Mediatek was founded in 1997. The company also provides its customers with reference designs.MediaTek became the biggest smartphone chipset vendor with 31% market share in Q3 2020. MediaTek’s strong performance in regions like China and India helped it become the biggest smartphone chipset vendor.

MediaTek Job Search in US and Canada

Top Jobs at MediaTek by City

19 examples of STAR interview questions (plus how to answer them using STAR method)
Jennifer Fabiano
Is this the worst job interview question? The internet seems to think so.
CW Headley
These are the 15 highest-paying psychology jobs
Hailey Hudson
Ladders / Company / MediaTek