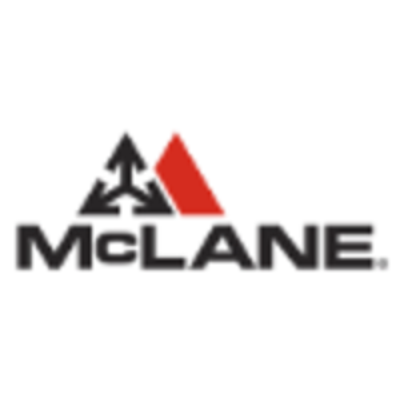 What are the highest paying jobs at McLane Foodservice, Inc?

McLane is an American wholesale supply chain services company which distributes grocery and non-food to convenience stores, discount retailers, wholesale clubs, drug stores, military bases, quick service restaurants, and casual dining restaurants throughout the United States. It is also a wholesale distributor of distilled spirits, wine, and beer in some US states. McLane is organised in three segments: grocery distribution, serving about 49,000 retail locations, foodservice distribution, catering to about 36,500 chain restaurants, and beverage distribution, servicing about 24,900 retail locations in the Southeastern US and Colorado.

Mclane was founded in 1894 in Cameron, Texas and has grown from a local merchant to an international distribution and logistics company. The company is headquartered in Temple, Texas, and operates 80 grocery and foodservice distribution centers across the country, as well as one in Brazil.

McLane is a wholly owned subsidiary of Berkshire Hathaway since 2003.

McLane Foodservice, Inc Job Search in US and Canada

Get paid to dream at work: This company will pay you to nap
Sara London
The average salary of a Chipotle general manager is $100K — and they’re hiring
Kyle Schnitzer
Amazon is now hiring 75K workers — and offering some $1K bonuses
Kyle Schnitzer
Ladders / Company / McLane Foodservice, Inc