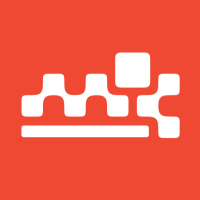 What are the highest paying jobs at Master of Code?

The Codemasters Software Company Limited is a British video game developer and publisher based in Southam, England, which is a subsidiary of American corporation Electronic Arts. Founded by brothers Richard and David Darling in October 1986, Codemasters is one of the oldest British game studios, and in 2005 was named the best independent video game developer by magazine Develop.

Codemasters Group Holdings plc was the holding company of Codemasters, which is publicly traded and owns The Codemasters Software Company Limited until purchased by EA in 2021.

8 high paying remote jobs you can get right now (and how to get hired there)
Sara London
7 ways to manage the effects of job search fatigue
Rolf Bax
Have you been the victim of 1 of these 7 cases of wrongful termination?
AnnaMarie Houlis
Ladders / Company / Master of Code