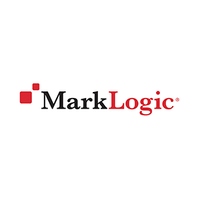 What are the highest paying jobs at MarkLogic?

MarkLogic Corporation is an American software business that develops and provides an enterprise NoSQL database, also named MarkLogic. The company was founded in 2001 and is based in San Carlos, California. MarkLogic was a privately held company with over 500 employees before it was acquired by Vector Capital in October 2020. It has offices in the United States, Europe, Asia, and Australia.

The company claims to have over 1,000 customers, including Chevron, JPMorgan Chase, Erie Insurance Group, Johnson & Johnson, and the US Army. In addition, six of the top ten global banks are MarkLogic customers.

In 2016 Forrester Research ranked MarkLogic as one of the nine leading NoSQL database vendors in the market, and appeared in several Gartner Magic Quadrant reports for Operational Database Management Systems. In 2017, Gartner ranked MarkLogic as a 'Visionary' in the data warehouse market.

MarkLogic Job Search in US and Canada

Top Jobs at MarkLogic by City

Get paid to dream at work: This company will pay you to nap
Sara London
The average salary of a Chipotle general manager is $100K — and they’re hiring
Kyle Schnitzer
Amazon is now hiring 75K workers — and offering some $1K bonuses
Kyle Schnitzer
Ladders / Company / MarkLogic