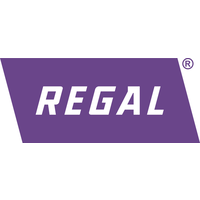 What are the highest paying jobs at Regal Beloit?

Regal Beloit Corporation, usually referred to as just Regal, is a manufacturer of electric motors headquartered in Beloit, Wisconsin. The company has manufacturing, sales, and service facilities throughout the United States, Canada, Mexico, Europe and Asia, with over 25,000 employees. As of year 2014, the company is ranked 713th on the Fortune 1000, and was the 17th largest corporation in Wisconsin.

One of the largest electric motor manufacturers in the world, its Genteq brand brushless DC electric motors are found in almost all variable-speed residential HVAC equipment in the United States today, and its GE Commercial Motors, Leeson, and Marathon Electric Motor brands are used throughout the industrial sector.

Regal Beloit Job Search in US and Canada