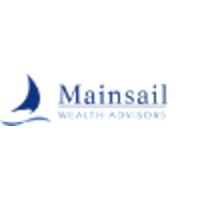 What are the highest paying jobs at Main Sail, LLC?

North Sails is an international sailmaker with operations in 29 countries. The company designs, engineers and manufactures sails for racing and cruising sailboats from 8 feet to more-than 200 feet in length. Licensees manufacture clothing and windsurfing sails. North Sails is the world’s largest sailmaker, with annual sales of $150 million in 2011. Sails by North Sails are used by the majority of competitors in the Volvo Ocean Race and the America’s Cup.

North Sails was founded in 1957 by Lowell North, in San Diego, California. An engineer by training, North applied a rigorous, methodical approach to designing sails, with the goal of building sails that were faster than the competition’s. North began testing the strength and stretch characteristics of sailcloth he received from his suppliers, to eliminate variability in his raw materials. He introduced computer-driven cloth cutting machines, to increase the consistency and repeatability of a sail design. North was a pioneer in computer modelling of sail forces and structural loads. North used a laminated Mylar and Dacron sail on the 12-metre Enterprise in 1977. North’s emphasis on computer technologies and new materials is reflected in the company today, which makes intensive use of computer assisted design and specialised finite element analysis and Computational fluid dynamics software, and which has introduced a number of innovations in materials and manufacturing processes.
Total value of jobs:
$2,295,000
Total Jobs:
10
Average Pay:
$114,750
% Masters:
41%

Main Sail, LLC Job Search in US and Canada

You’ll be ‘ghosted’ by recruiters if you don’t do these 5 things
Ryan Luke
15 of the greatest government jobs (with the best benefits)
Marjolein Dilven
6 companies doing an outstanding job with remote onboarding
Ryan Luke
Ladders / Company / Main Sail, LLC