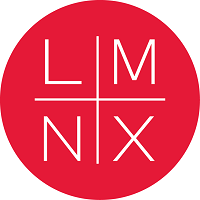 What are the highest paying jobs at Luminex?

Luminex Corporation is a biotechnology company which develops, manufactures and markets proprietary biological testing technologies with applications in life-sciences.

Nachum "Homi" Shamir has served as Luminex's President and Chief Executive Officer since October, 2014. Luminex was recognized by Forbes magazine as one of the top 25 fastest growing technology companies in the US in 2011.

Luminex Corporation owns 315 issued patents worldwide, including over 124 issued patents in the United States based on its multiplexing xMAP platform. Luminex's proprietary multiplex bead-based immunoassay testing platform simultaneously measures multiple analytes by exciting a sample with a laser, and subsequently analyzing the wavelength of emitted light. Luminex's MAGPIX platform utilizes LED technology and digital photography to analyze,"color-coded magnetic microspheres". In 2008 Luminex received FDA 510 clearance for its xTAG Respiratory Viral Panel which allows doctors to test for the presence of 12 respiratory viruses with a very high degree of accuracy in a matter of hours, and has been proven to provide an increase in accuracy over in-house nucleic acid amplification testing in the diagnosis of respiratory virus infections. Luminex's xTAG Gastrointestinal Pathogen Panel was granted a CE mark by the European Union in 2012 and received FDA and Health Canada clearance in early 2013.

Luminex Job Search in US and Canada

Top Jobs at Luminex by City